Pakistan Is Dealing With 804 Confirmed Cases Of COVID-19 With 6 Deaths!

Great News For Karachi: The City Might Be Rid Of Incompetent Sindh Government

Promised Land and Akhand Bharat: Netanyahu and Modi Set Out To Fulfill The Promises In Their Religious Scriptures

Why Are These Pakistani Celebrities Silent On Kashmir?

Ramzan Moon Not Sighted In Pakistan

The Indian actor is currently on a visit to Pakistan to attend a wedding. Previously, Shatrughan Sinha also attended the wedding ceremony of Dr. Awab Alvi in 2001 and this visit appears to be a continuation of family ties.

Taking to Twitter, Shatrughan Sinha wrote that he visited Pakistan to attend the wedding of their family friend Mr. Asad Ehsan’s son Ahmed Asad and called it a “pleasant surprise” to receive an invitation from the President of Pakistan on the last day of their trip in Lahore.

It was a pleasant surprise that we received an invite from the H.E. the President of Pakistan, Dr. Arif Alvi, on the last day of our stay at Lahore..that too just before the marriage reception of our family friend Mr. Asad Ehsan's son Ahmed Asad. We were very touched by this pic.twitter.com/pzAUAjYnCP

He added that it was very pleasant to meet the President of Pakistan Dr. Arif Alvi and there was nothing political or official about it.

was discussed. Nothing political or official about it. My friends, well-wishers and supporters and of course the media should realize that one shouldn't discuss the politics or policies of countries on foreign soil when one isn't competent, qualified & authorized by the Govt. pic.twitter.com/F6toXLXUjx

According to ARY News, Dr. Arif Alvi met Shatrughan Sinha at the Governor House in Lahore and expressed his deep concern over the human rights violations by Indian armed forces in Occupied Jammu and Kashmir. 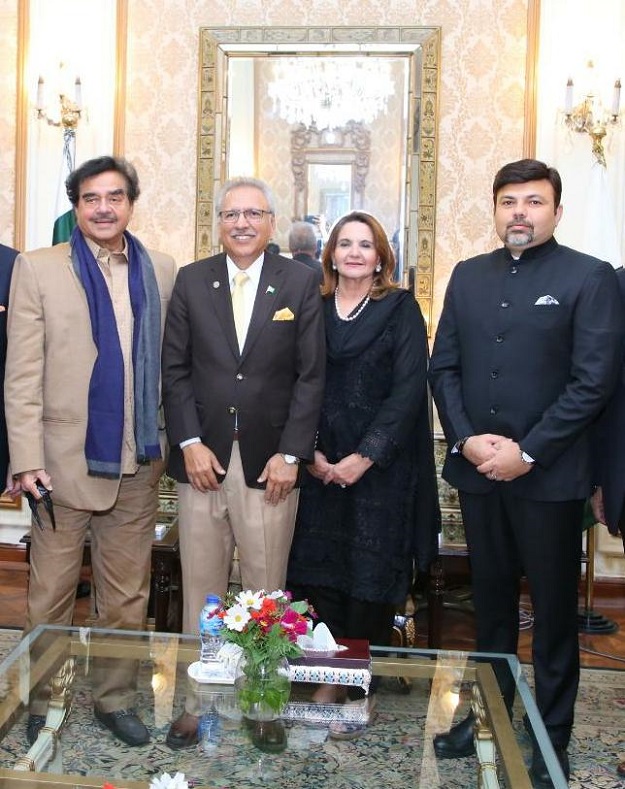 The president also highlighted the persecution of Indian minorities, particularly Muslims and the ongoing protests in Indian against the controversial Indian Citizenship Amendment Act (CAA), 2019.

Talking about the steps taken by Prime Minister Imran Khan to restore peace in the region, Dr. Arif Alvi highlighted that his efforts were spurned by Narendra Modi, the Indian PM.

Shatrughan Sinha proposed that parliamentarians from both sides of the aisle in India should be invited to visit AJK to see the situation on the ground, where people can exercise their fundamental rights without any apprehensions.

Reportedly, both of them agreed that there is a strong need to work for the promotion of peace in the subcontinent. 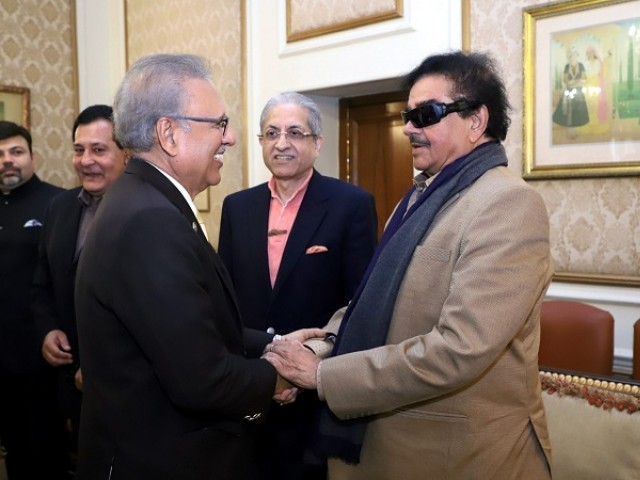 Shatrugan Sinha has been visiting Pakistan since many years. He had personal, friedly rations with General Ziaul Haq. pic.twitter.com/EXClaQGunT

Have something to add to the story? Let us know in the comments below.

Stay tuned to Hit in Pakistan for more updates and news!

Promised Land and Akhand Bharat: Netanyahu and Modi Set Out To Fulfill The Promises In Their Religious Scriptures